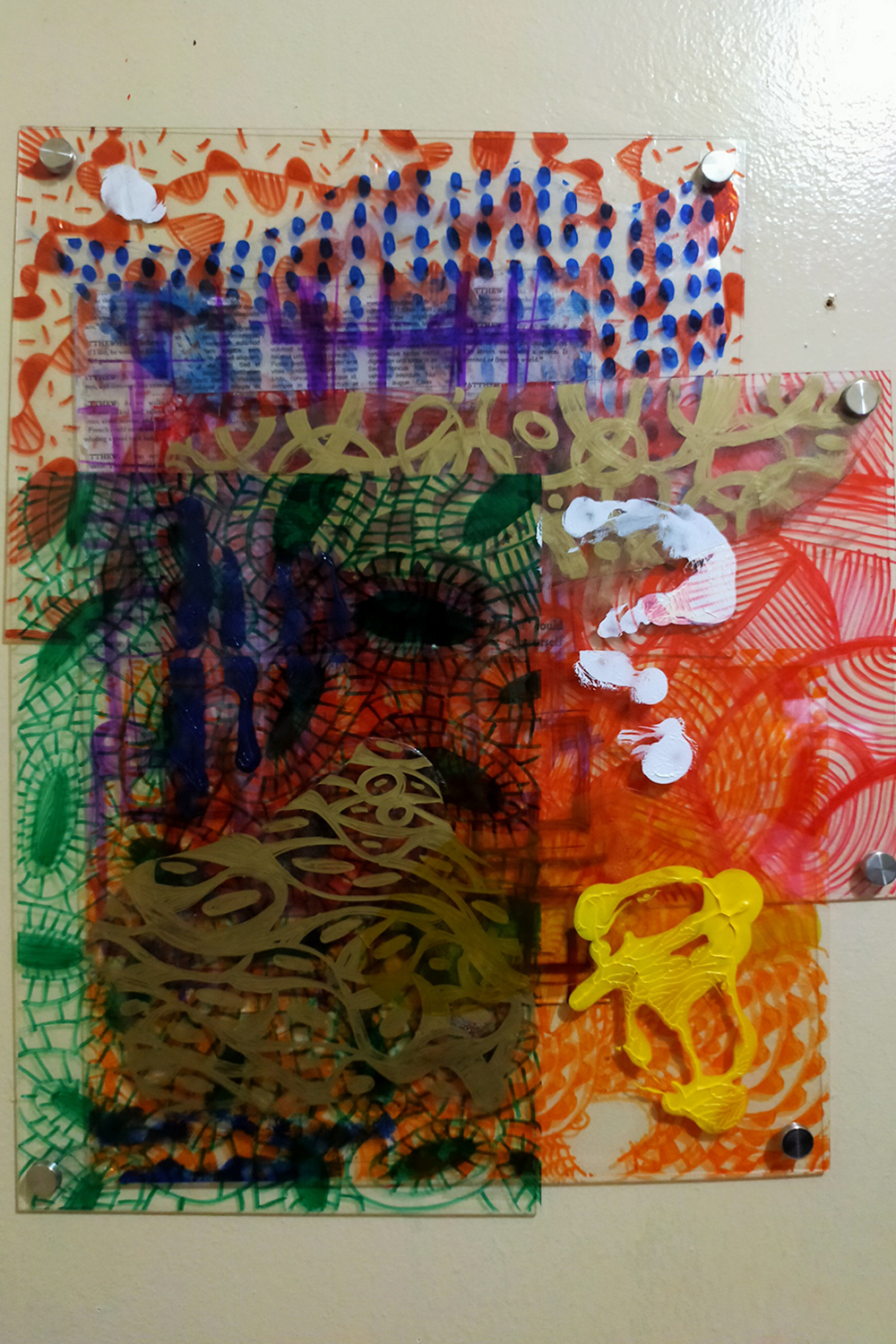 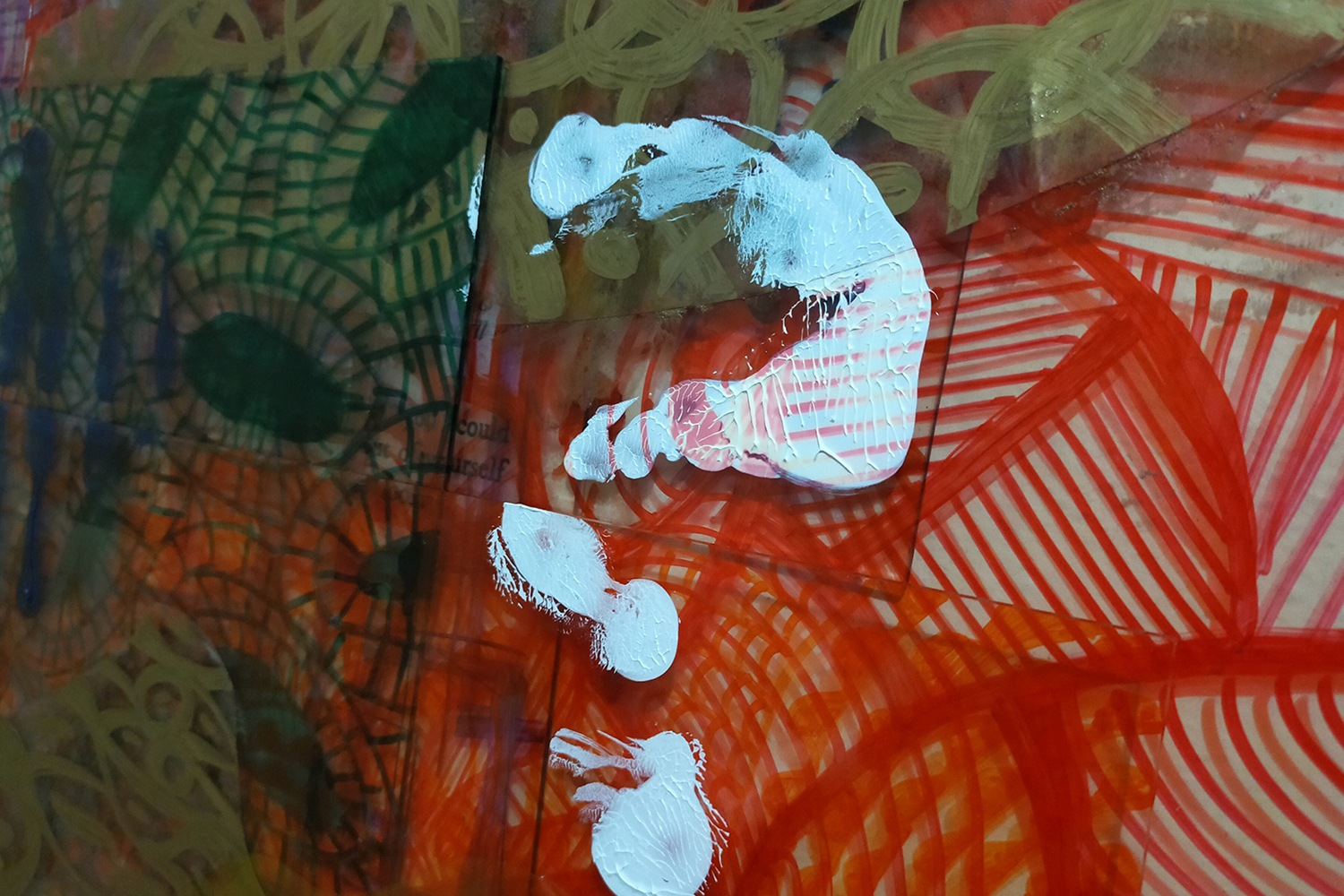 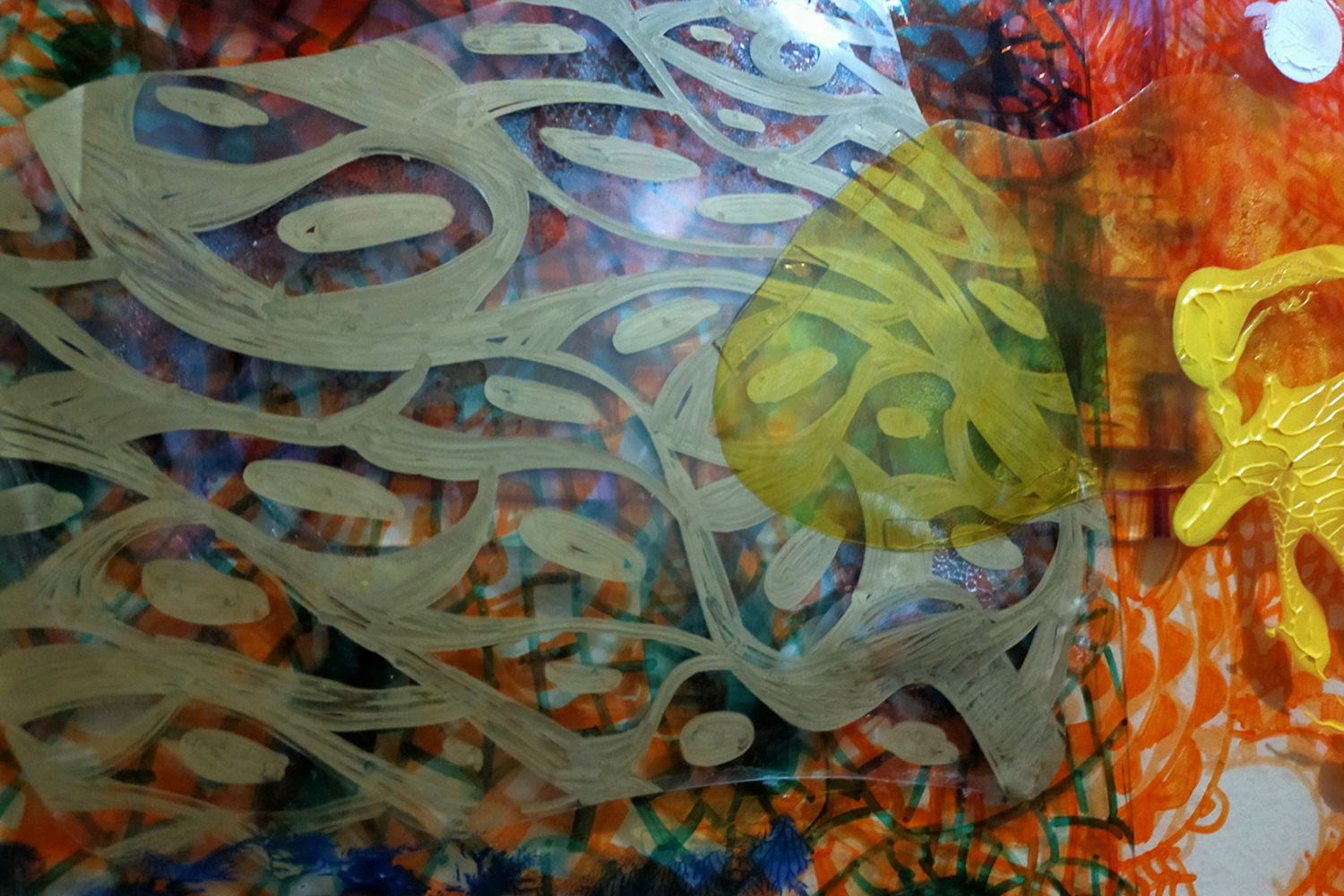 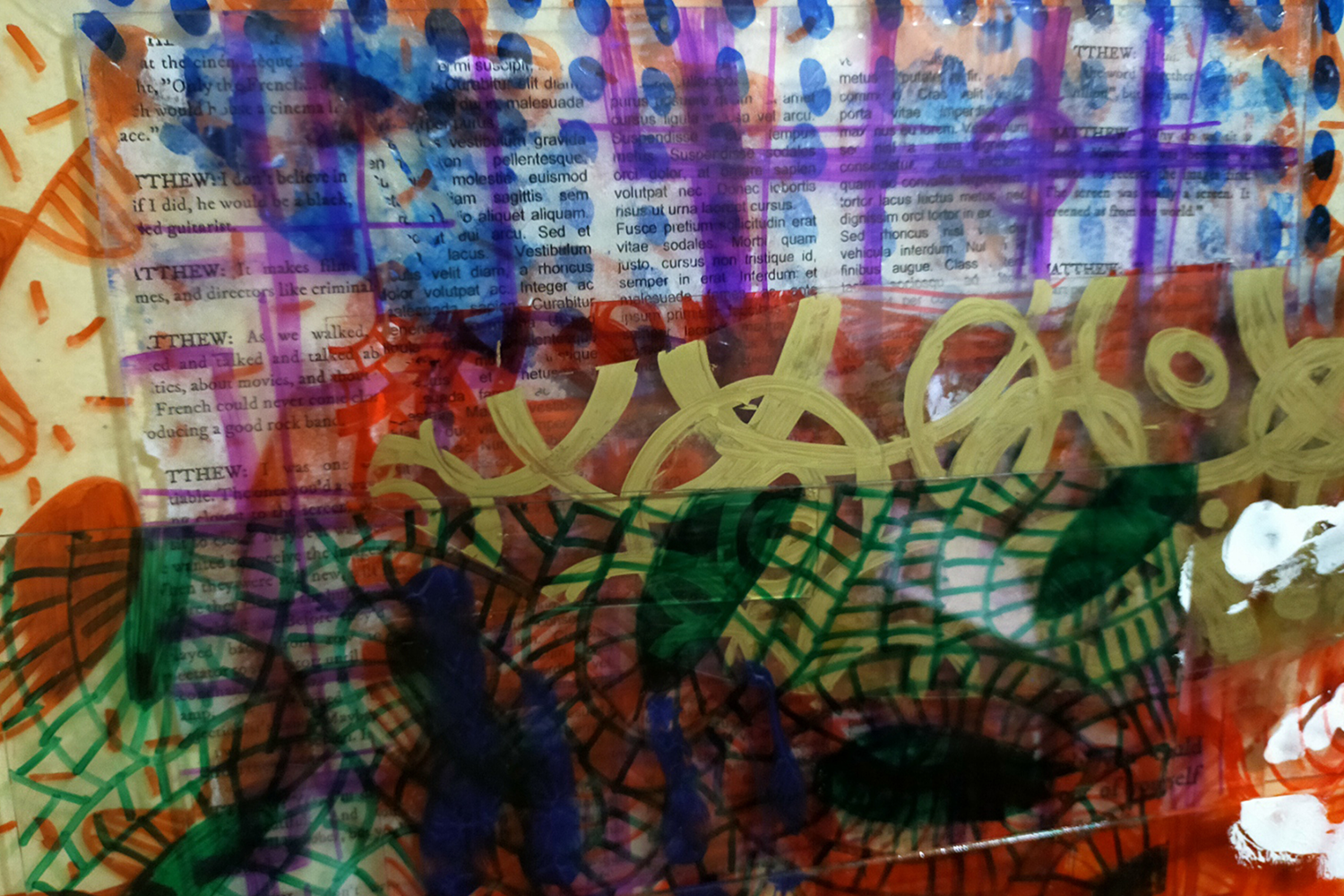 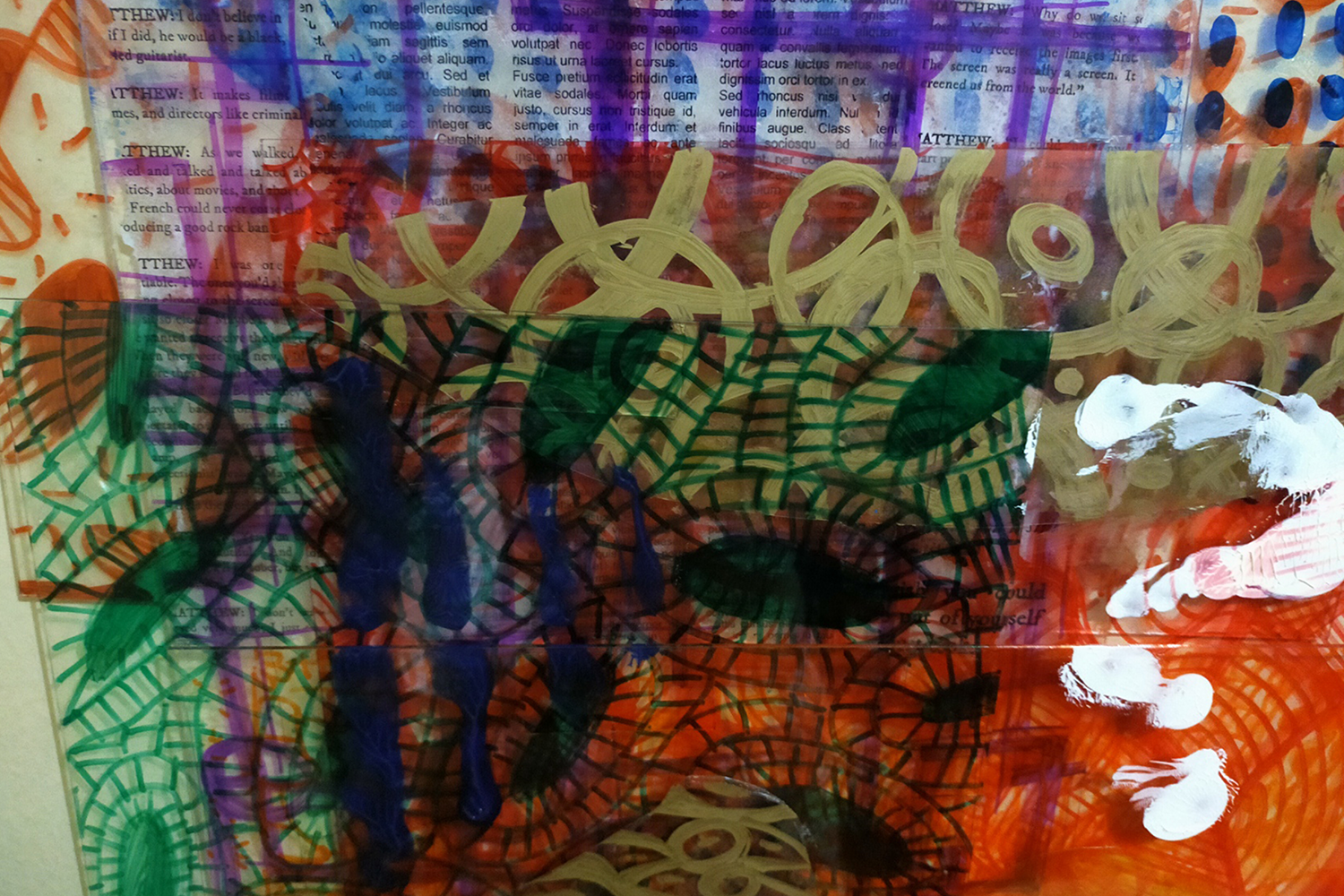 phase shield. is an artwork thatcenters on moving forward and freeing oneself amid the new normal. As abstractas it is, intuitive patterns and paints encompass the transparent sheets whichare then layered into one another, creating another set of new meaning. It wasdrawn through very spontaneous patterns trying to depict child-like scribblingthrough their house’s walls, but this time on acrylic sheets— the main materialused on face shields as part of the pandemic’s national protocol. Thus, thisgives an idea that centers on the theme of how an artist creates art in thepandemic, trying to start accepting of the reality that there’s no turningback, and whatever we do, we’re in the new normal now.

As much as moving forwardmeans accepting what we have now, it also entails letting go. Hence, as anartist, becoming intuitive— without overthinking and being afraid— is sometimesthe best way of showing how one could let go. It was intended to be asintuitive as it can since it is more concerned with finding out what outcome itmight show once layered, symbolically depicting how our current situation andcoping mechanisms are still on ‘trial-and-error’ with which we all have to seewhat happens next. Maybe it’s not always on the individual patterns— theindividual journey —that makes it beautiful. Sometimes, like these layeredtransparent sheets, no matter how chaotic it might look like more than youexpect, maybe the best reward of moving forward is seeing what all those‘chaotic layering’ produced, positively and negatively. And maybe, justmaybe, it might not be what we always wanted in my mind, but it might justbe something we’re about to figure out in the new normal.