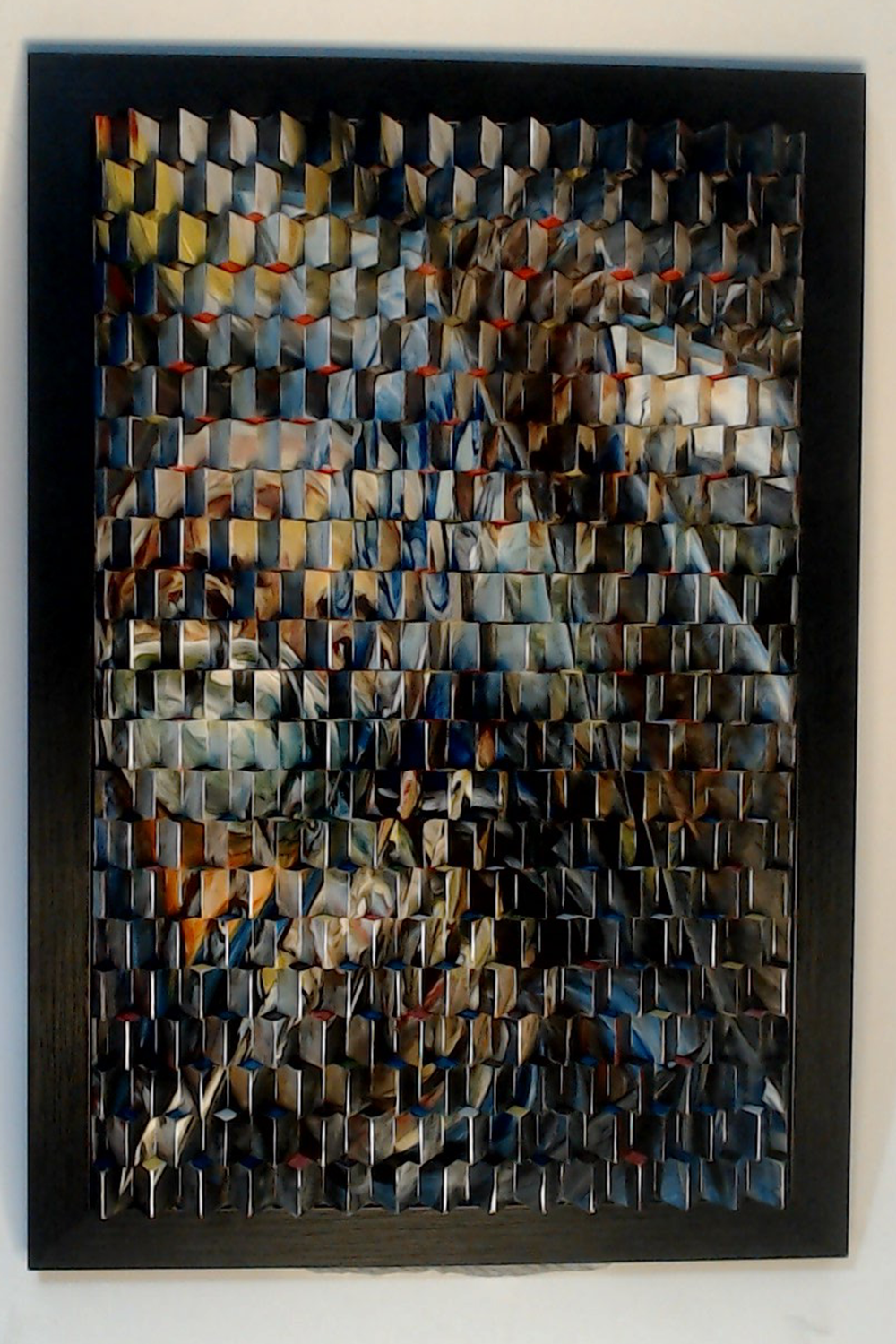 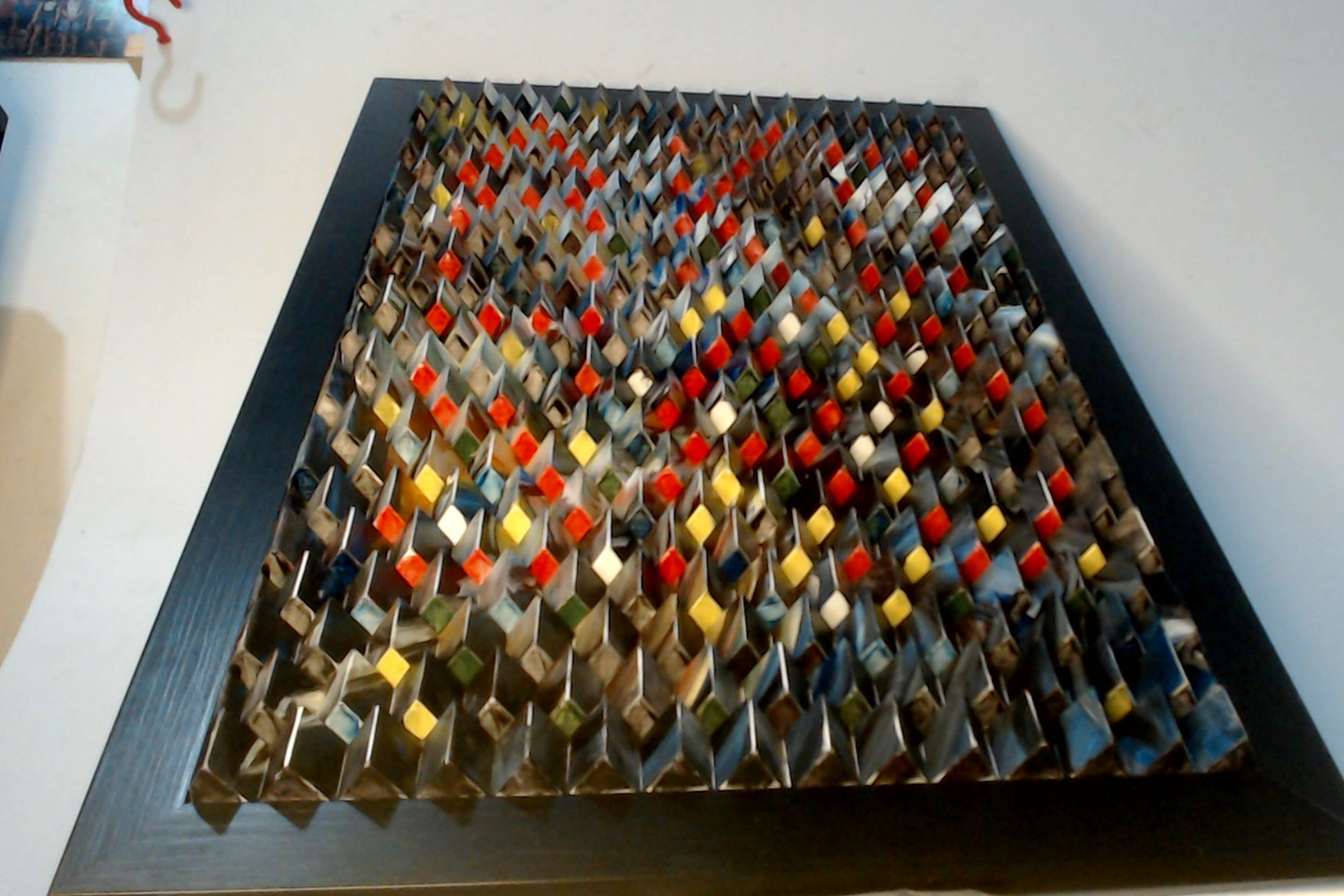 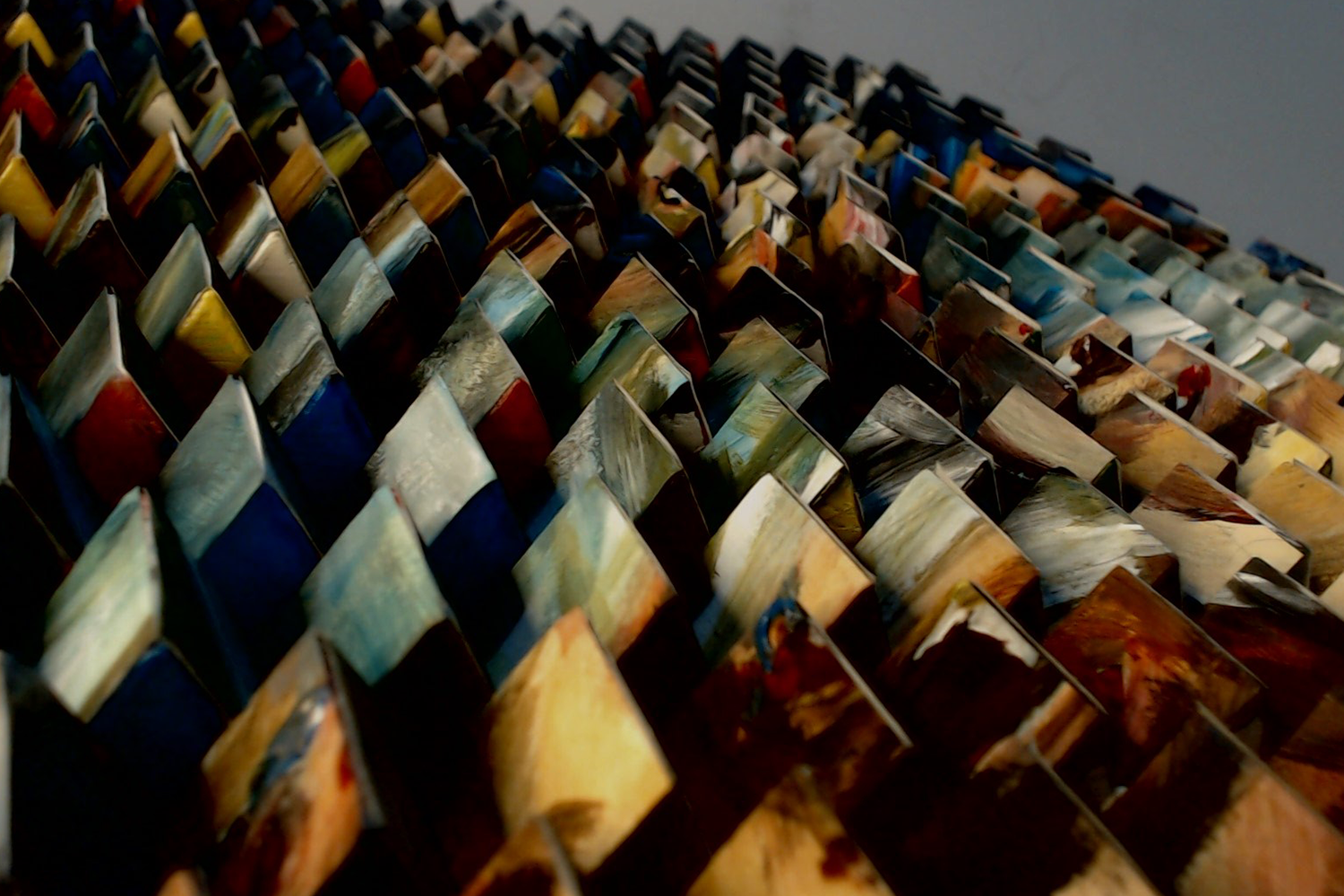 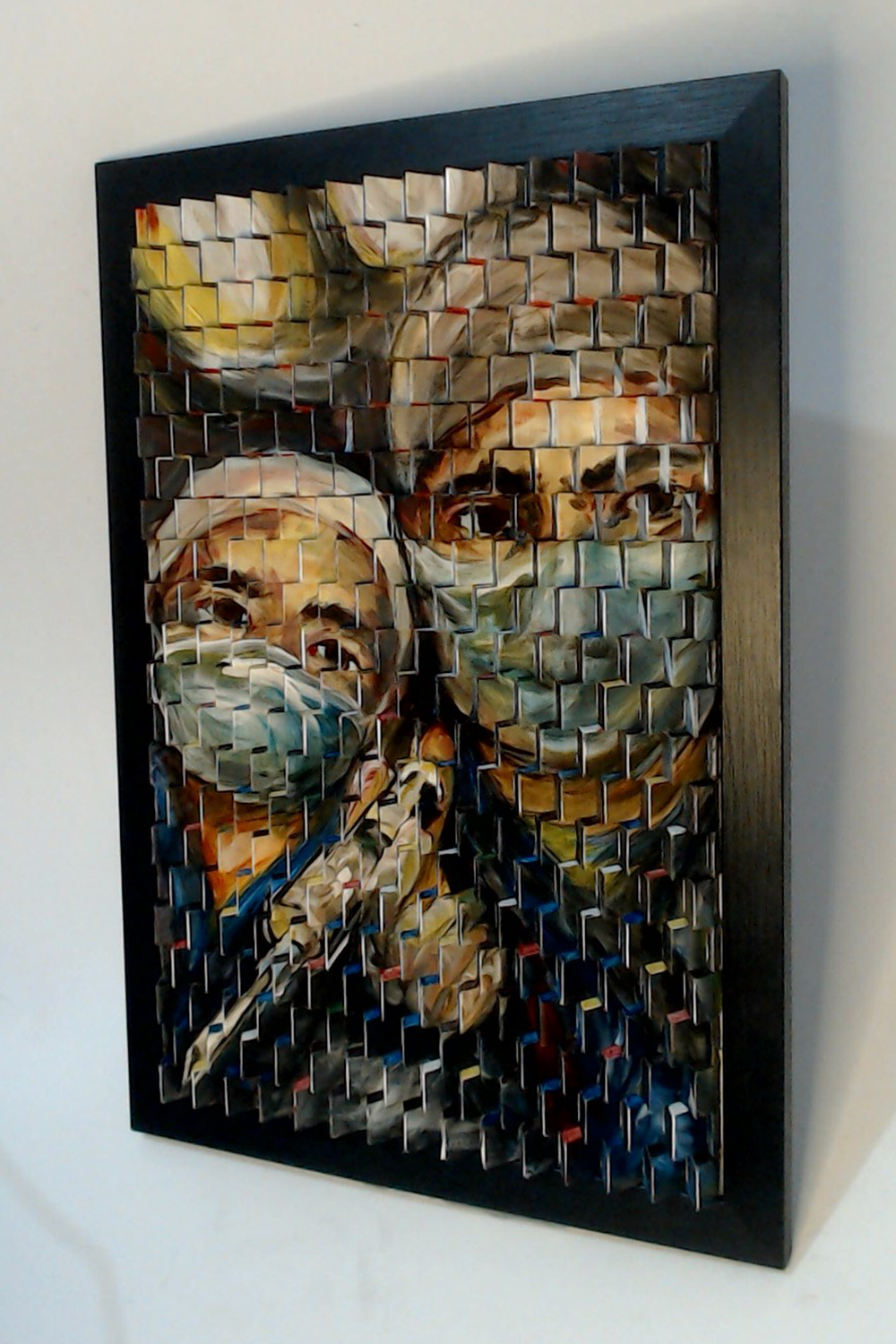 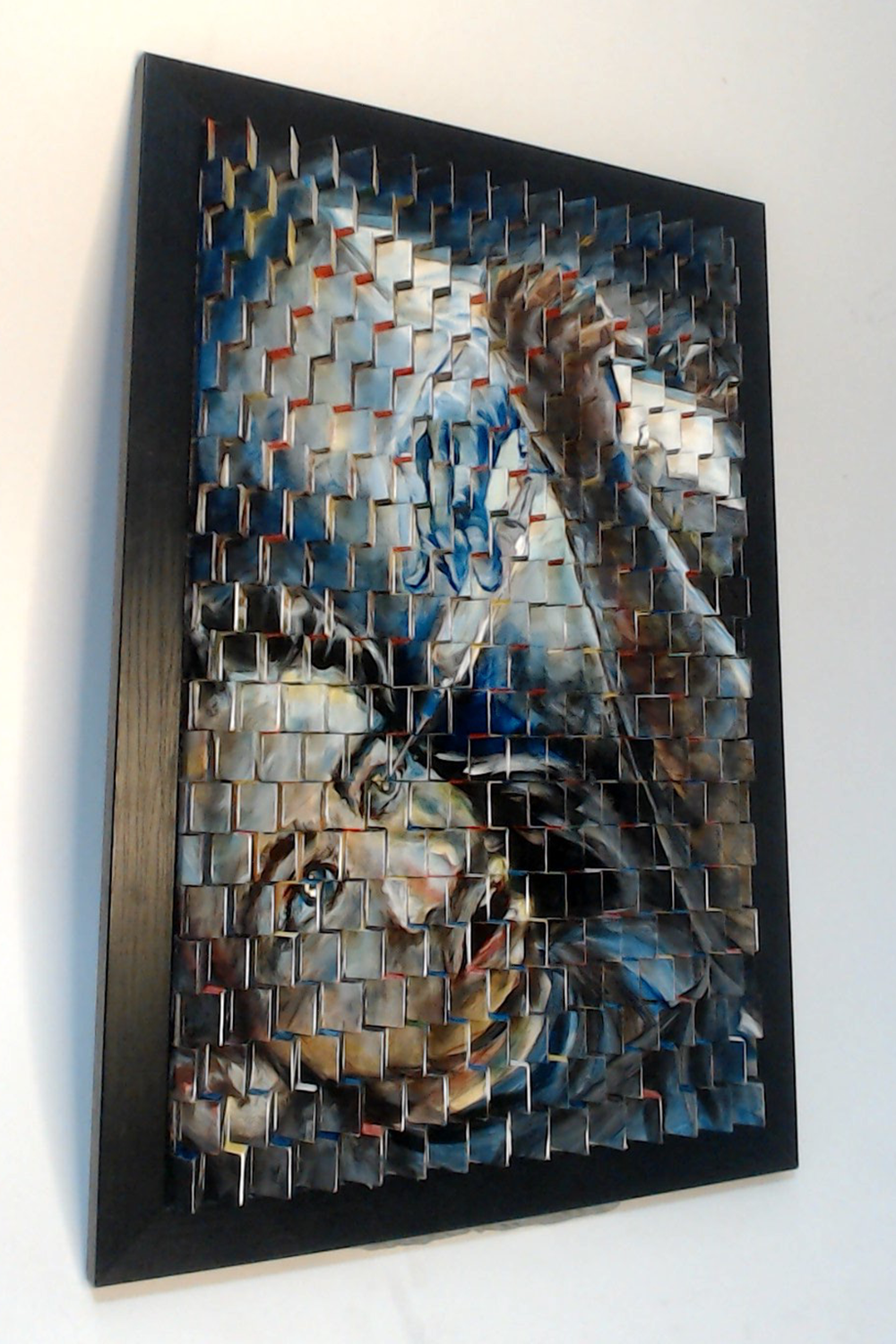 “Tambalismata”is my interpretation of heroism and protest for heroism during the currentevents of ongoing issues. The way the canvas is created is to show division ofsmall portions of a painting that is viewed in certain angles, and can form animage. These small pictures may look random at first glance but show unity andharmony once organized and viewed with one perspective. Though this idea isjust one of the symbolic imagery in the piece, the main message is that of whatis hidden and to look closer. We may see heroes like medical doctors all thetime in the hope to combat the pandemic and normal citizens staying at home asdoing our part. If we look deeper as not only medical practitioners are heroesin our present situation but those that are hidden heroes that do small thingsthat become an inspiration by many and act the same way in charity. Onlinetrends and events opened up our eyes to what is really going on. This pandemicis somehow becoming more like a vaccine reminding us of our humanity and tobecome united. We see in social media many of these charitable and commendableacts and through our eyes, we are injected with the thought of doing the sameand feeling good about helping others like those of our frontline workers. Thisbrings me to a thought of longing to be the same and admired as a hero eventhough in secret or that of trending ideas that would help the community. Ifyou view “Tambalismata” in a birds eye view, a mosaic pattern in blue willwrite “ BAY ANI” and if viewed in a worms eye point, you will see a pattern inred showing “AKO SAD”. We long to be heroes and see many of them online most ofthe time these days. “If we want change, be the change” as a saying goes. Themore people see others do good, the more good people will do. All it takes isone hero to inspire others to become one.

In mypainting, I painted two of my friends, one is a doctor and the other is amedical technician, when the pandemic started I started printing face shieldsto donate for front line workers as something I wanted to do to help people inthe same field as my friends. In the second image is my sister who is also aformer nurse looking at her tablet. I painted her as it reminded me of herwatching documentaries of people and other things that were inspirational. In away, It helped me visualize a modern way of representing positivity injectedthrough mass media.

Thewhole painting shows my protest and longing not just to be a hero but to stayunited as one nation and not be blinded by false heroes. Like the painting, ifunited in one vision, a clear image appears yet if disorganized and not united,the image shifts and the image is scattered, becoming indistinguishable. Myhope is that we should be vigilant like our nation's heroes before, fightingfor what is right from false heroes like the Lapu-lapu and the false heroes,the Spanish colonizers. Since the election is coming, I hope the pandemic hasbecome a remedy or “Tambal” in opening our eyes “Mata” especially sinceelection is approaching and false heroes start bringing tidings of false hope.